What is Good Deer Habitat?

White-tailed deer have amazingly flexible habitat requirements that allow them to live successfully within a wide range of habitat types, from areas dominated by agriculture, to those with mostly forests, and even to suburban landscapes that have small "green spaces." Their basic requirements include adequate quality and quantity of forage below 6 feet (i.e., nutrition), hiding and escape cover, thermal cover in extreme environments, and water. In general, the distribution of the white-tailed deer in North America is limited only by deep snow, extreme cold, desert, large open spaces devoid of escape cover, and mountainous terrain. In the west, the white-tailed deer is found most often along riverine corridors. Thermal protection and shelter from deep snow provided by mature conifers with dense canopies are important habitat components in its northern range. Deer concentrate within these "deer yards" and conserve energy by using common trails through the snow to access adjacent forage sources. Deer yard quality and distribution are critical to winter survival where snow depth exceeds 1-2 feet for extended periods. In dry environments, white-tailed deer characteristically inhabit brush country and riparian habitat.

The white-tailed deer thrives in agricultural and forested areas that have adequate amounts of early successional stage habitats consisting of an abundance of woody and herbaceous forage.

Population control is an essential component of habitat management. In many regions, unchecked deer populations may destroy their own habitat and that of other wildlife species. Not only are the nutritional resources of deer removed by overpopulation, but also important escape and thermal cover. Thus, regardless of other management practices, it is important to maintain deer populations below the k-carrying capacity of the environment to prevent habitat damage. 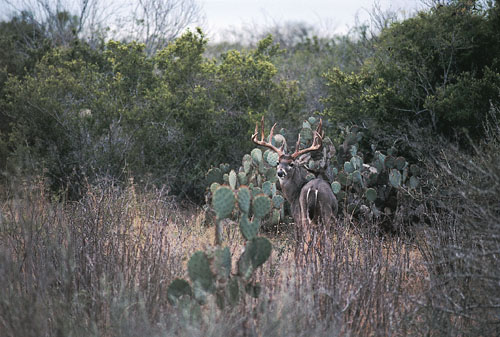 Deer can live in a wide range of habitats, provided there is cover and food within reach. This brushy habitat in South Texas provides great cover from predators and summer heat and great foraging habitat throughout the year. 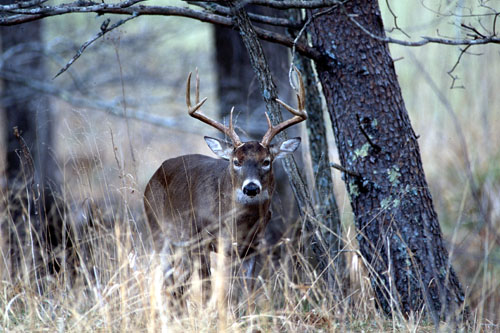 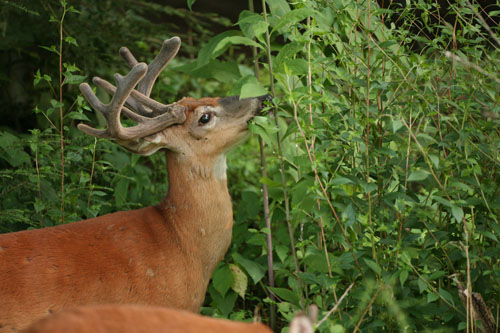