These injuries show up more often in older bucks due to their more aggressive fighting. Damage to the antler during the velvet stage can result in antlers growing in strange directions or weird shapes.

The rarest damage-related injury is when a buck suffers a crippling injury to his hind leg and his opposite side antler grows abnormally. The specific cause has not been confirmed but alterations to the buck's walk, or gait, due to the crippled leg may alter blood flow or nerve stimulation, resulting in the altered growth of the opposite antler. 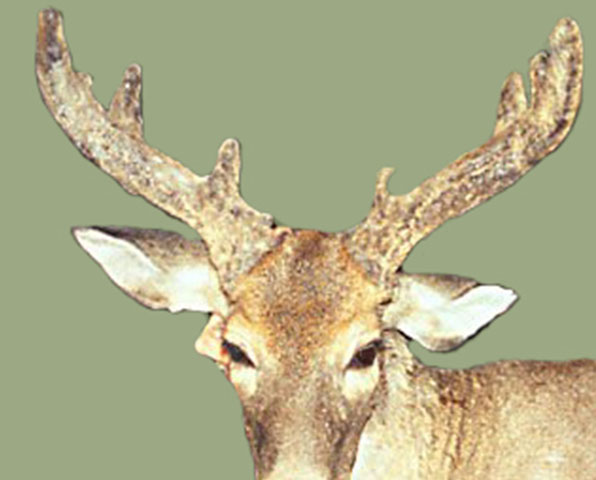 Antlers may remain in velvet permanently if testosterone production is insufficient to promote hardening and velvet shedding.

This can either be brought on due to injury or a birth defect. Despite the fact these antlers never leave the velvet stage they do not continue to grow. On the other hand, too much testosterone can actually cause females to grow antlers. These antlers usually stay in the velvet stage; however, some "females" have hardened antlers, but these "females" are in reality males that only have the external "structures" of a "female".

Injuries to the pedicle and frontal bone may cause abnormal conformation and asymmetry. A presumptive injury caused (A) asymmetry and growth of accessory antler (arrow) and (B) asymmetry similar to the one on left, lack of a burr and malformed pedicle indicative of recovery from trauma (arrow; note the difference between left and right pedicle, the burr, and shape of the frontal bone above the eye orbit). 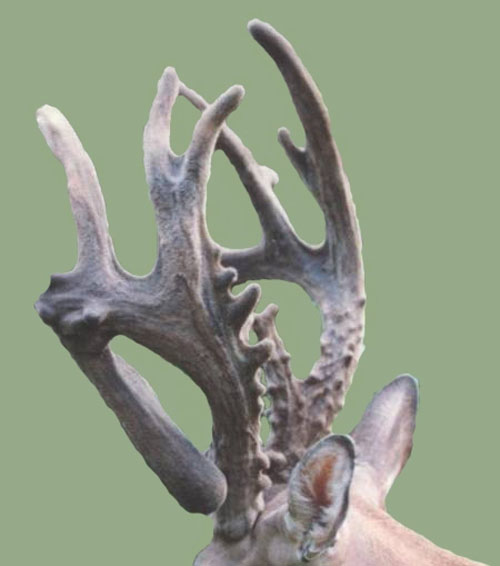 Example of a broken beam that maintained its blood supply, survived and hardened into an abnormal conformation. 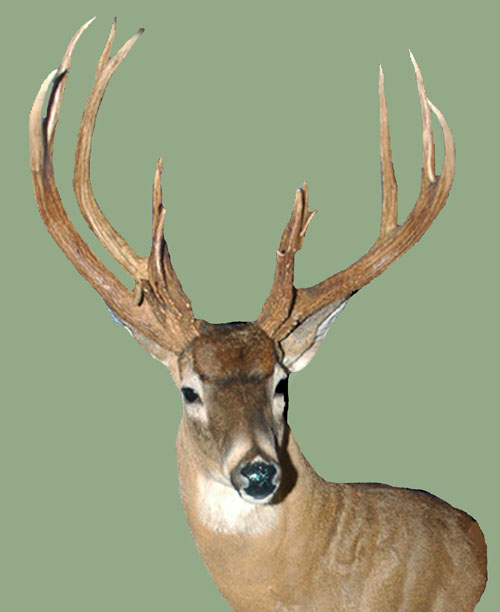 Damage to the growing antler tip in March or April can cause the main beam to separate into two shafts, one containing the traditional antler points and another which may or may not have antler points. 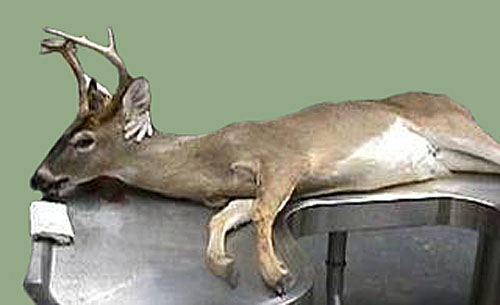 An "adult female white-tailed deer with hardened antlers" on necropsy proved to be a male pseudo-hermaphrodite. This animal possessed external female genitalia but no uterus or ovaries. The testes were located between the abdominal cavity and the teats.